Blake Gourley brings over a decade of rowing experience to the table. He spent 4 years rowing for LGRC where he was team captain and the fastest rower on the team in 2004. In 2004 Blake was recruited to row for Cal’s undefeated freshman crew. An injury at Cal sidelined his rowing career, but led to his passion for injury reduction in the sport of rowing. Over the course of his coaching career his teams have consistently placed in the top 5 at state championships. Most notably his Freshmen 8+ and Novice A 8+ placed 3rd in the state in 2013, and his Lightweight 8+ placed 5th in the nation in 2012.  Blake has developed a thirst for knowledge and pursues further education whenever possible. Blake continues to further his expertise with internships at locations such as Stanford Sports Performance, and Mike Boyle Strength and Conditioning (voted the #1 gym in the USA). Blake attends conferences, seminars, and courses multiple times a year to stay on-top of the latest and greatest performance information.

Blake is the Owner of Movement Evolution Performance Training, Owner of RowingStrength.com and a board member for the Sports Medicine Certificate at West Valley College. Blake was the Strength and Conditioning Coach for the Santa Clara Men’s Crew Team from 2014-2016 and former Performance Director of Los Gatos Rowing Club. He has a BA from Cal, a sports medicine certificate from West Valley College, and an MS in sport performance training from Concordia University Chicago.

Blake is author of The Movement of Rowing which explains how movement limitations at the foot & ankle affect a rower’s performance, technique, and health. The book is loaded with self-screening strategies and solutions to help rowers reach their full potential. 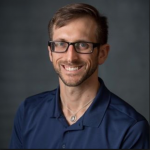