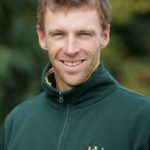 Drew Ginn, Olympic rowing champion and now the National Head Coach of the National Rowing Centre of Excellence in Australia, comes to us for RowingChat.

Drew has unparalleled expertise in the sport (especially from an athlete’s perspective). He took home gold at Olympics of 1996, 2004 and 2008 and silver in 2012. For the Rowing World Championships he grabbed gold in 1998 (in Coxed Four with an additional silver in Coxless Pair), 1999 (Coxless pair), 2003 (Coxless pair), 2006 (Coxless pair), and 2007 (Coxless pair). Additionally in 2009 Drew took is powerful rowing legs on a test run in Cycling, winning the Oceania time trial championships.

His rowing experience is centered around Men’s Pair rowing, however he has raced in many variations of rowing throughout his career.
The decorated Olympic rowing champion has also had much experience with injuries throughout his rowing career which have challenged his ability to compete. He overcame these setbacks, however, and rowed right back onto the world stage.